Austrian partisan made in 1657 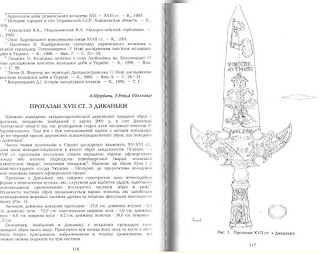 This partisan was found at an abandoned house in Dykanka village in Poltava region (Ukraine) in 2001. It was made in 1657 for one of the officers on Austrian service (it's decorated with Austrian double-headed eagle, Imperial troops usually used their own state/dynasty symbols). Probably the officer served in one of the Austrian regiments raised (expanded) for service in Poland (see more about Austrian troops in Poland here: link).
The blade's length is 37.8 cm, the width - 5 cm.
Автор: Gromoboy на 11:51