A.V. Suvorov State Memorial Museum in S-Peterburg has an officer grenadier cap of de Bua Grenadier regiment dated 1708-09. The regiment was formed from detached grenadiers coy of Menshikov’s Division regiments in winter 1708-09. The same tame Menshikov ordered caps for this regiment & converged grenadiers of Hallart Division (the same but green). Below you can find the cap’s description in Russian. Privates had the same caps but with yellow cloth lace instead of gold.
Photos from: С. Летин, О. Леонов. Русский военный костюм от Петра I до Петра III. М. 2008 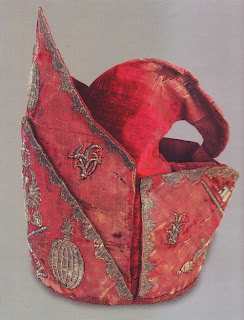 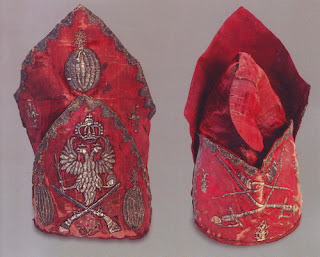 Many know famous Knotel’s uniform plates. One of them presents Swedish GNW uniforms: 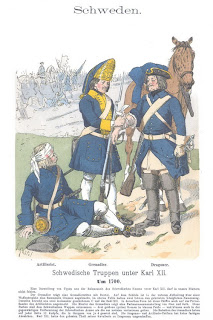 Grenadier’s uniform looks very strange for me. Livgardet grenadiers didn’t have lapels & grenadier caps during the GNW. The uniform looks like 1720s or even later. I asked Dan Schorr about this image. He told me about Swedish painter Einar v. Storkirch (1879-1932) & shared with some images from his collection. Some images I found on my own.
Strokirch made a set of 161 uniform plates called “Svenska armens munderingar” (1911). Among them were Swedish Guard grenadiers. 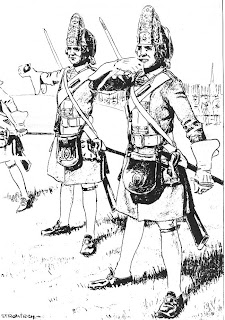 For me it’s clear that this plate was the base for Knotel’s one. Uniform is after-GNW. Storkirch’s source is unknown. Later it was used also by Gustaf Cederstrom.
The other Storkirch’s plate is Skaraborg’s grenadiers 1707. 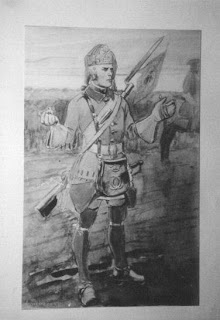 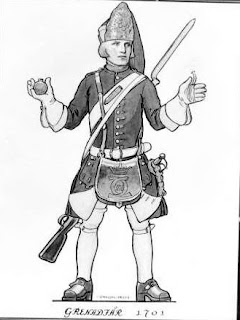 Grenadier cap is from the collection of the Artillery Museum in S.Peterburg (ВИМАИВиВС). The front is decorated with Carl XII's monogram & Estland CoA. The back side of the cap is decorated by "GRENADIERS DE DANNENFELD". According to the Lewenhaupt’s work Klaus v. Dannenfeld since 1700 served in De la Gardie regiment, raised in Estland (Reval) in 1700. He became captain-lieutenant & then captain in 1703 (confirmed in the rank on March 6, 1705). Captain-lieutenant was a commander of colonel's company, often it was a grenadier one (for example in Mellin's regiment). So, Estland's CoA & Dannenfeld's inscription clearly state that the cap belonged to the De la Gardie regiment.
De la Gardie regiment was raised through enlistment as a garrison regiment in Reval (Revalska garnisonsregementet) in spring 1700 from capt. Freiburg’s company of Narva regiment (Garnisonsregementet i Narva). Regimental chief was  Estland governor Axel Julius De la Gardie, colonel – Adam Carl De la Gardie. On the 1st of October 1700 the regiment was stationed in Reval & called Revalska garnisonsregementet. The same is in spring 1701. In the campaign of 1702 one battalion was with Cronhiort, the second was with Schlippenbach & destroyed at Hummelshof. In 1702 after Hummelshof regimental commander asked for “Shirts, neckcloths, gauntlets, and hair bags for 1,040 men”.  In 1703-04 the regiment stayed in Reval. Captive captain Holstein from this regiment said that it consisted of 16 coys of 64 men in spring 1704. Transferred to Lewenhaupt in 1707 & campaigned with him in 1708-09.  Since 1706 (maybe earlier) the regiment called Livländsk instead of previous Estländskt. Evidently the costs were put on this province. 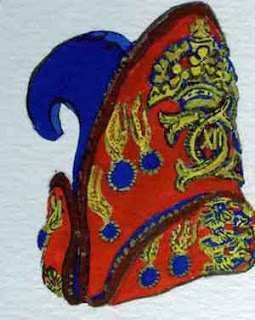