French army under Marechal de Bezons at the siege of Landau, 1713


Landau was besieged on 25 June of 1713 by a French army under Marechal Jacques Bazin de Bezons (see wiki on him: link). The operations were covered by an Observation army under Marechal de Villar. The garrison agreed to capitulate on 19 August of 1713 (see details on it here: link). I found two French BO's for the Landau siege, one from Quincy & the other from Feldzuge des Prinzen Eugen. They slightly differ from each other. According to the Feldzuge des Prinzen Eugen von Savoyen (Band 15, S. 516) Bezons had 63 batts & 73 sqns: 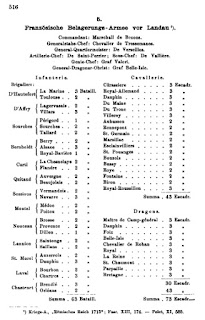 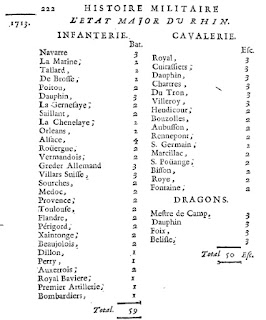