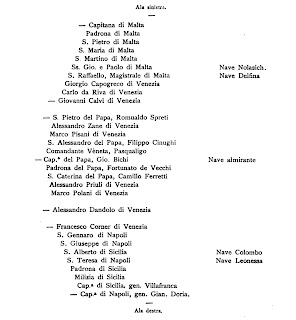 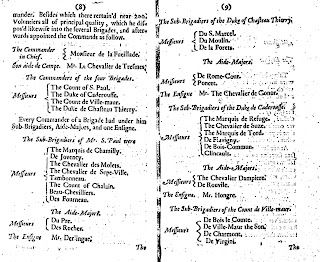 Source: A journal of the xpedition of M. de la Feiullade for the relief of Candy written in French by a jentleman who was a volunteer in that service. London, 1670.
Автор: Gromoboy на 21:06 1 комментарий: Abrege de la carte generale du militaire de France au 20 Fevrier 1734 (1735): it gives a detailed account of the French military forces at the outbreak of the Polish Succession war 1733-1735. It contains a brief history, composition & uniform details for all military units, both Maison du Roi, field army & milicies. Plus a list of generals & commanding officers with thier offices (link)
In "About this book" section you may find latter editions of the "Abrege..." with data for 1740-60s
Автор: Gromoboy на 23:49 Комментариев нет:

I found a very interesting engraving by George Philip Rugendas on christies.com (link to the image in a high resolution). It's presenting an attack of the Austrian (Imperial) infantry around 1670-90s. The unit contains officers, grenadiers, musketeers, drummers. The image is a full of various details of their equipment.
Автор: Gromoboy на 15:55 Комментариев нет:

Russian Central Museum of Military Marine has 2 Polish cannons casted in the mid of XVIII c. Both were captured during the Partition of Poland. One of them was casted in 1749 & decocated with Polish "Gozdawa" coat of arms (link), letters "A M CH P S", a date "1749" & motto "Quis ut Deus". The owner is attributed as Antoni Marcin Chrapowicki, Podkomorzy Smolenski (link). The motto "Quis ut Deus" is dedicated to St. Michael, who was a Holy patron of Smolensk.
The second cannon is decorated with "Rawicz" coat of arms (link), letters "F R W R" & a date "1752". The owner is not attributed. Any ideas are wellcomed! 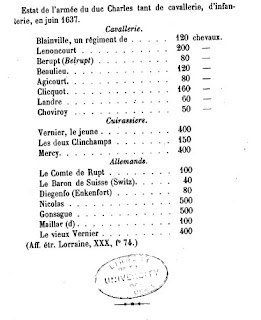