Actions on Lawa river & the siege of Saari, January 1701

Bengt Nilsson mentions about Cronhjort’s campaign on Russian-Swedish border in Dec. 1700-Jan. 1701 in his fine article (click). I find some additional materials about them, incl. description of the siege of Saari. All dates in my post are in new style (+10 days to the dates in Nilsson’s one)
Cronhjort’s army was about 5,100 men in February-March of 1701, incl. 2,700 of cavalry & 2,400 of foot troops with 8 cannons. Nilsson mentions that Cronhjort had 4,600 men in his campaign in January. Evidently he left some infantry (ab. 500) in garrisons of Nien & Noteburg.
In the beginning of January of 1701 Cronhjort crossed the frontier river Lawa & occupied some Russian villages including Saari. It was a small village of 6 farmsteads & a small estate of local gentry. His main task was getting contributions & supplies. And after some days Swedes decided to turn back.
Meanwhile Russians sent a detachment under kniaz Putiatyn to protect the border villages. It consisted of 1,500 of Novgorod mounted feudal levy & 400 Streltzy. They came to Saari some days after Swedes left it. Putiatyn took positions in the estate of Saari & sent raiding parties to the Swedish territory.
When Cronhjort got news about Russian troops on 27 January 1701, he decided to turn back to Saari. Swedes approached it on next days (28 Jan 1701). Russian waited them in the field. After a short resistance Russian cavalry fled to Ladoga with a loss of about 20 men, while Streltzy retreated to the estate & fortified there.
Swedes made an assault on the estate but were repealed. Small field pieces were useless against thick wooden walls. All attempts to set fire to them were without results. Russian sources mentioned 12 skirmishes & assaults on Saari with the total loss of about 200 men from Swedish side. Cronhjort wrote about at least 3 unsuccessful assaults: on 28 January, on 31 January & on 2 February. The last resulted in the loss of 81 Swedes killed & wounded.
Cronhjort asked for mortars & they arrived on 5 February, but the same day Streltzy escaped from Saari & undiscovered retreated to Ladoga. Swedes stayed several days at Saari & then returned back.
Бои на реке Лавуе и осада Шум (Саари), январь 1701 г.
В своей статье Б. Нильссон упомянул оборону деревни Шум (Сара или Саари) в январе 1701 и дал шведскую версию событий (см подробнее). В русских источниках также сохранились упоминания об этих боях, причем в распросных речах сумского стрельца Ануфрия Кашкина (см документ ниже) приведены довольно красочные подробности тех событий. Все даты в моем тексте даны по новому стилю.
Дальше »
Автор: Gromoboy на 23:49 Комментариев нет:

Nilsson Bengt. Abraham Cronhjort and the defense of Ingria 1700-1703

On 11 February 1700 Saxon forces crossed the Swedish border in an attempt to take Riga by surprise. The next day Governor General Erik Dahlbergh sent Captain Johan Brask of the Nyland Infantry Regiment to Stockholm with the instruction to give Charles XII a full report of the events.[i] As the news spread across the Baltic provinces the Swedish army started to mobilize. The Estonian Governor General Axel Julius de la Gardie sent his own courier to Stockholm on 19 February, suggesting that the Finnish regiment should be given orders to march on Livonia. Considering the difficulties of getting letters across the Baltic Sea during the winter de la Gardie took the liberty of sending a similar request directly to the Finnish County Governors and regimental commanders. De la Gardies courier Captain Otto Magnus Wolffelt carried these letters through Estonia, Ingria and southern Finland, probably reaching Sweden by route of the Åland Islands. Wolffelt reached Charles XII at the very latest on 7 March, when Captain Brask (who had taken the route around the Gulf of Bothnia) had not yet arrived. The King immediately ordered a full mobilization of the Finnish regiments, but this had already started when the news from Riga reached Finland.[ii]
The regular Finnish forces were not very large. In each of the six southern counties there was one infantry regiment: Åbo (1,025 men), Björneborg (1,025), Tavastehus (1,025), Viborg (1,000), Savolax (1,033) and Nyland (1,025). There were also three cavalry regiments: Åbo and Björneborg (1,000), Nyland and Tavastehus (1,000) and Karelska (1,000), as well as a small unit of dragoons (500). To these can be added the Österbotten Infantry Regiment (1,200) and the Finnish companies of Adelsfanan.[iii] However, not all of these units were available. The Österbotten infantry was tied to garrison duty in Riga and in some other Livonian fortresses and the same was true for at least a couple of companies from the Åbo and the Nyland infantry regiments. Probably not much more that 9 000 men could consequently be counted on for the formation of a field army.[iv]  No reinforcements from Sweden could be expected in the foreseeable future, considering the season and the tension with Denmark.
Дальше »
Автор: Gromoboy на 17:49 Комментариев нет:

In 1698 Russians sent an army of around 15,000 men under Yakov Dolgorukiy to take Turkish fortress Ochakov. It consisted of 5,000 Russian troops from Sevsk & about 10,000 of Malorussian Cossacks under Hetman Ivan Mazepa. Allies reached Tavan by the end of June, but then were forced to turn back due to a lack of supplies. Below are details about strength & composition of the Sevsk Corps under Luka Dolgorukiy.

According to the Hjelmqvist's Kriget i Finland och Inger the Swedish army of Finland under Georg Lybecker in July of 1708 was about:
- 8 of General Staff
- 2 942 rytters,
- 688 dragoons
- 9 436 infantry
- 216 artillerymen
see tables of troops below 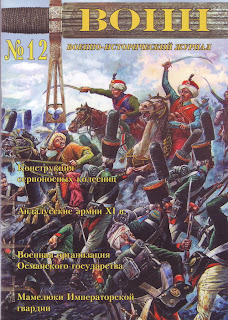