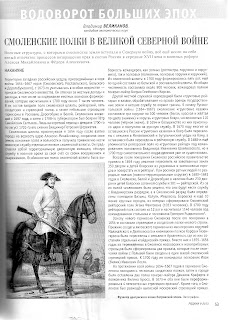 Kalle Kroon kindly permitted me to place in my blog his very interesting material about Baltic troops in Swedish army during the Great Northern war 1700-1721. Source: Kroon K. „As a good and faithful servant.“ Estonians and Latvians in the Carolinean Swedish army at the end of the 17th century and  the Great Northern War with the reforms of King Charles XI as background. // Revue D’Histoire Nordique. Volume 18. 2014. PP. 75-98.

„As a good and faithful servant.“ Estonians and Latvians in the Carolinean Swedish army at the end of the 17th century and  the Great Northern War with the reforms of King Charles XI as background.

Abstract: As a part of integration process, during the rule of Charles XI and Charles XII the Swedish peasants' right for free access to serve in the army as well as the commitment to do so had transferred to Swedish oversea provinces Estonia and Livonia, and during the Great Northern War conscription created the national line infantry which had similar maintenance traits to Swedish infantry allotment system. As those  troops were regulated line troops, maintained through constant flow of goodqualified recruits, the historical term “land-militia“ is not properly suitable in this context.Also, at least two units, battalions of Saaremaa and von Hüene in Tallinn, consisted of Estonian peasants, were established as permanent troops in war as peace times. This kind of national mobilization was a new aspect in local provincial societies.

The Swedish Empire of the 17th century has been described in historical science as a distinctive historical phenomenon of its time, influenced by some very specific international factors and supported by military forces. Its backbone included mercenary troops created through voluntary recruiting but also, for the first time in Europe, national regular troops, which were first formed through coerced conscription and later, starting with the national reforms of the 1680s, via a contract concerning soldier maintenance between the state and the peasants. The free peasantry was an immediate partner to the state powers and that made it possible for the state to use them in the military, enabling Sweden to double its armed forces despite its sparse population. At the same time, the Swedish Empire was not a unified country either nationally or administratively. As shown by a Swedish historian Th. Eng, it was a conglomerate country with a nation comprising various people of different conditions and different systems of justice.[i]In reality, though, the core of the empire had started the process of developing into a unitary state due to the force of circumstances at the beginning of the absolutist reign of Charles XI, with an aim to integrate the semi-independent “foreign provinces” (that is, the areas of Estonia and Livonia situated in the areas of the present countries of Estonia and Latvia legally, socially, administratively and militarily to Sweden proper.  These were also reforms which forced the nobility to stand back, had early bourgeois features, and which have been called revolutionary in Swedish historical science. As it had been impossible for the Swedish central power to form national military forces due to the social characteristics and feudal barriers in Estonia and Livonia, the reforms of king Charles XI opened up such opportunity. The status of the Estonian and  Latvian peasants and their service in the Swedish army in the late 17th and early 18th century in Estonia and Livonia under Swedish rule will be discussed in the present article.
Дальше »
Автор: Gromoboy на 19:11 4 комментария: 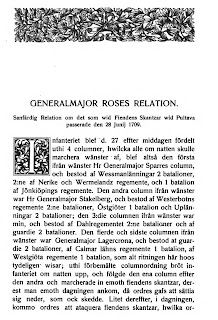 From budget prospective Kingdom of Sweden was divided into 2 parts: “homeland” & “overseas” provinces. The first included Sweden & Finland lans. The second were of Baltic (Livland, Estland, Ingermanland & Osel) & German (Pommern, Wismar & Bremen-Werden) provinces. The “overseas” provinces had individual taxation & privileges, in general their tax level was less than in “homeland” ones.

The centralized government, field army & navy were maintained from “homeland” budgets. Other provinces maintained only local authorities, provincial garrison troops & fortresses.  All Baltic provinces (except Ingermanland) & Bremen-Werden were donors (Baltic provinces provided ab. 300-320 000 to the central budget). Pommern’s costs were close to its incomes. Wismar got money from Livland & Bremen.

In 1701 consolidated costs grew up to 13,4 mln thanks to military expenses. Incomes reached only 7,2 mln. So, the shortage was around 46%. It was covered by the loans. Some of expanses were one-offs from the creating & equipment of new troops. In addition some of ongoing military expenses were maintained from enemy territories (Courland in 1701, Lithuania & Poland from 1702). Nevertheless, state debt reached 63,8 mln in 1718.

According to a list from a lieutenant of Dahl regiment Anders Pihlstrom's diary Swedish loses at Holoffsino were the following (by regiments): 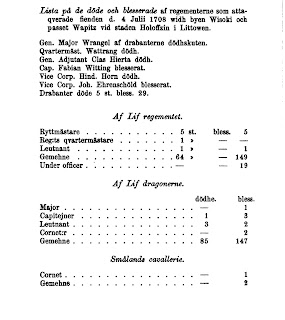