By the mid of February 1700 Saxons concentrated in Courland 3 infantry (1 Garde, Konigin, Bornstadt) & 4 dragoon (Weissenfels, Flemmimg, Sanosth, Wolffenbuttel) regiments under command of GL Flemming. On Feb 11, 1700 they opened hostilities & without declaration of war marched into Swedish Livland. On 14 of February they took fort Kobrun on the left bank of Dune opposite Riga. Further operations against the city were limited because a lack of artillery. Flemming had only 6 3-pdr regimental cannons. On March 11 (12)/23 Saxons decided to attack Dunamunde, a fort on the cape between Dune & the sea. It was defended by a battalion of Nylands infanteriregimente under oversten G.W.v.Budberg (500 men). Saxon forces consisted of the 3 infantry regiments & Weissenfels dragoons under GM Karlowitz. The night attack was repulsed with heavy losses: 248 killed (incl Karlowitz) & 435 wounded (see details in relation below). But in 2 days Budberg agreed to capitulate on the terms of the free passage to Riga. Interesting moment: Schuster & Francke mentioned 143 Saxons killed & 435 wounded.

Saxon relation is taken from Sachsen-Anhalt University collection. It was written on 14 (15)/26 of March after Swedish capitulation. 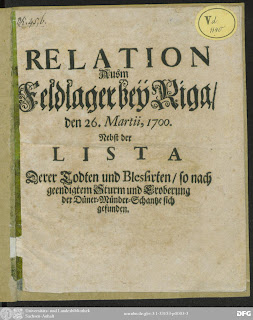 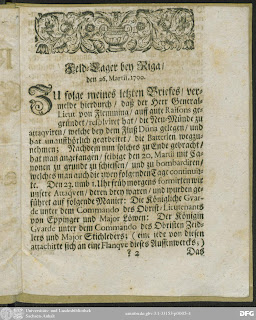 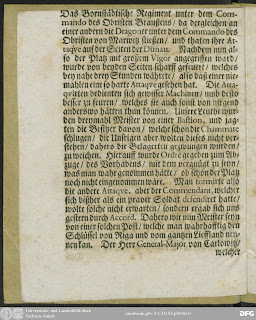 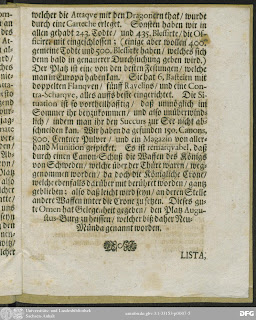 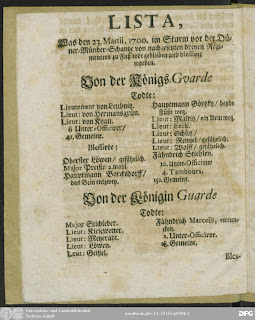 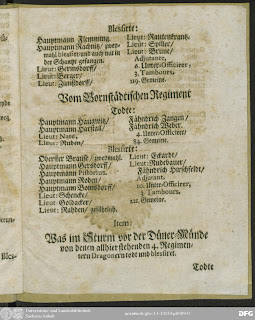 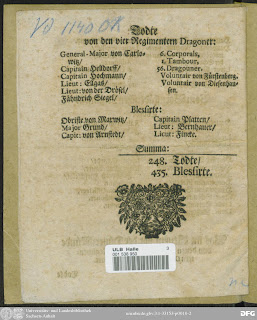