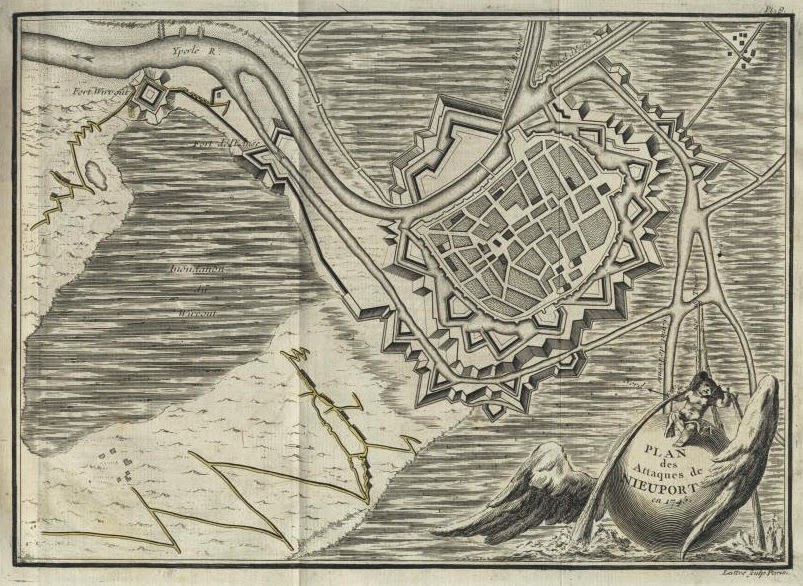 After taking of Oudenarde (link) French troops under General-Lieutenant Ulrich Frederic Woldemar, Comte de Lowendal marched to Nieuport. It was defended by Austrian garrison under Generalfeldwachtmeister Jakob Gibson of 2 Bataillons of Priez Wall & one of Gaysrug. French avant-guard approached Nieuport on 28 of August. On the 30th French opened siege works. The batteries were ready on 2 of September & the same night French started the bombardment. The garrison agreed to capitulate on 5 of September.


I found two siege journals from French side. They differed slightly in details & dates. One is available here (link). The other is from “Plans und Jornals von denen Belagerungen 1740-48”: 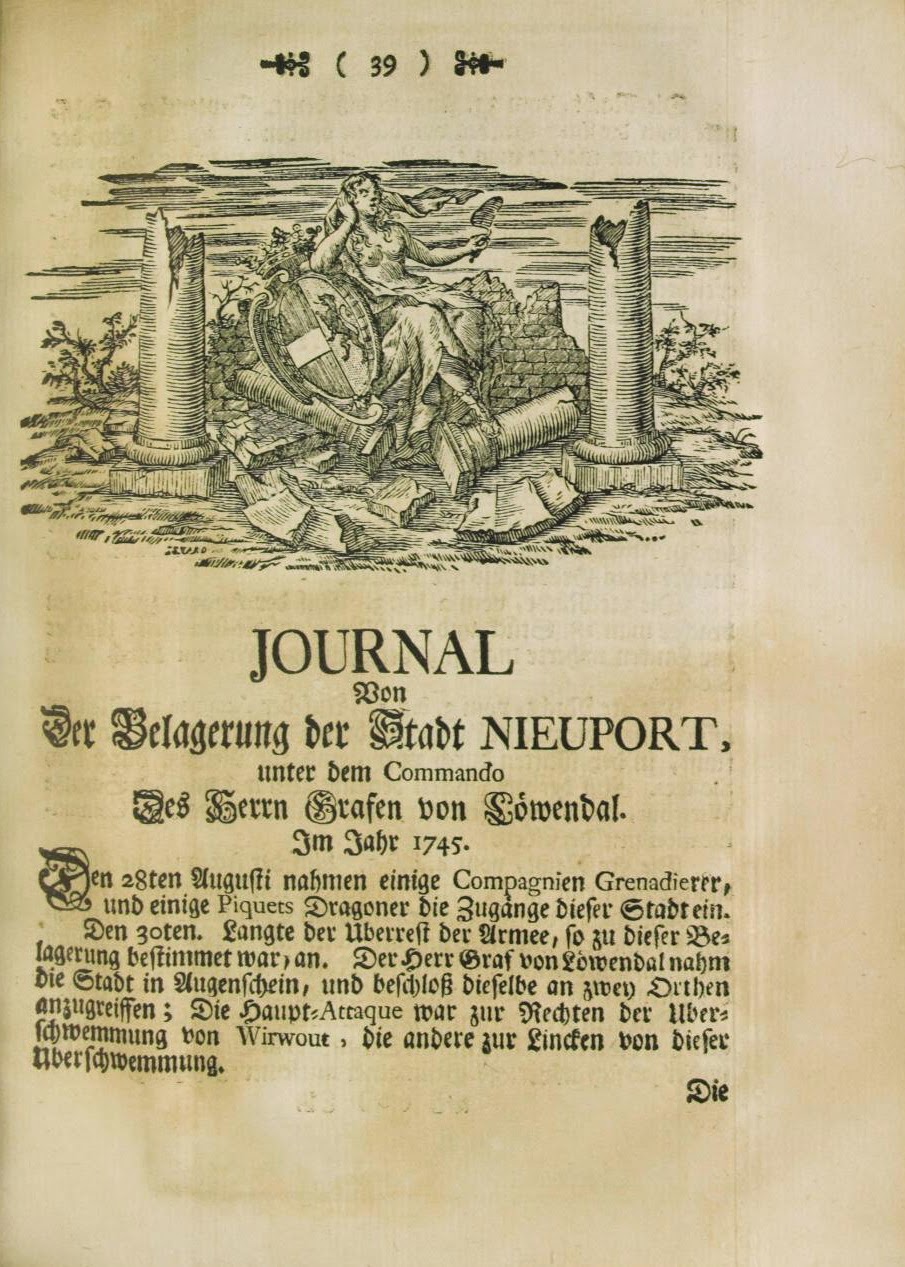 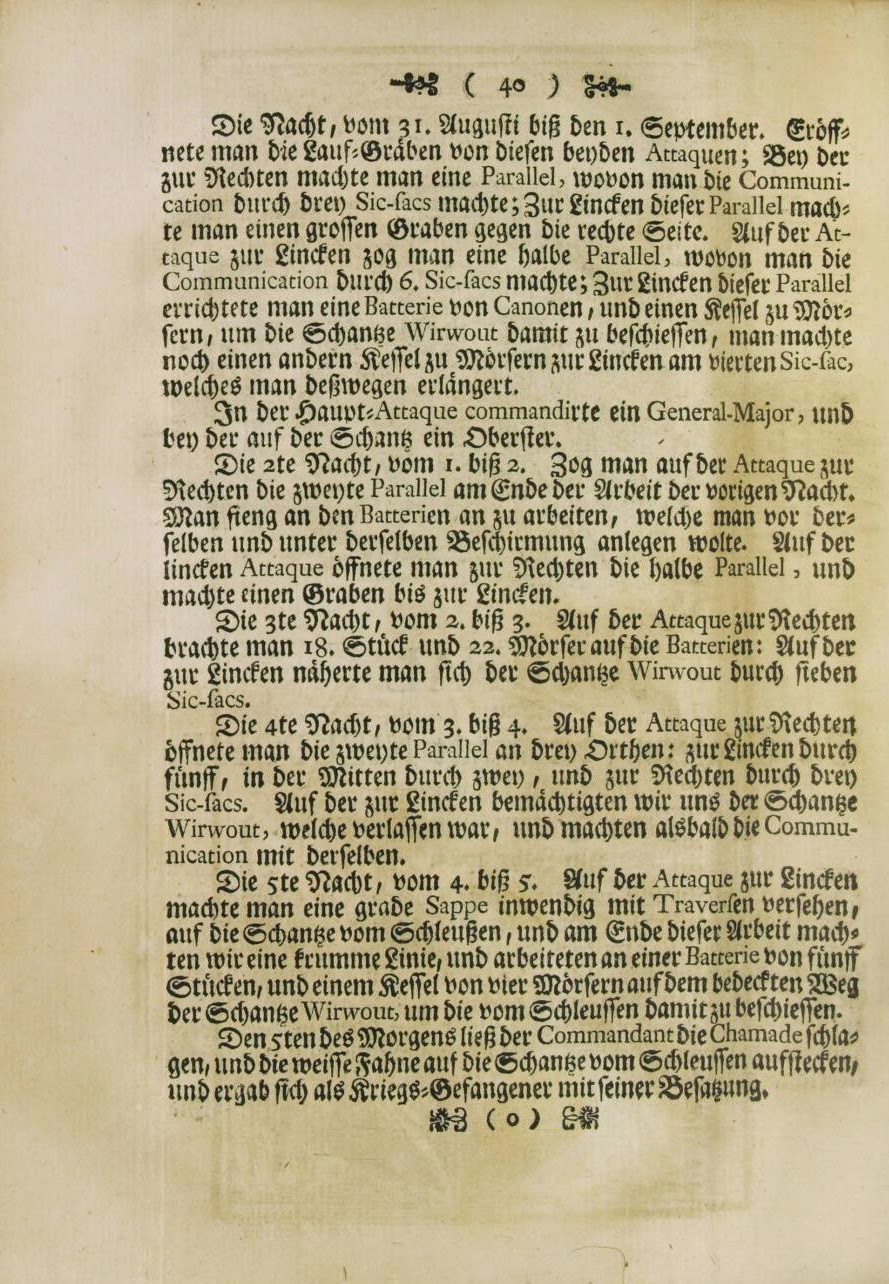