Spanish & Imperial troops in Picardie in 1636

Campaign of 1636 in Flandres is known by a combined Spanish-Imperial advance in Picardie. Allied forces composed of Spanish army under Cardinal-Infante don Fernando of Austria, Lorraine troops under Duke Francis de Lorraine, Imperials under FM Ottavio Piccolomini & army of Catholic League under de Werth (the composition of the armies by regiments is below). Allies had a real choice to take Paris, but don Ferdinand considered that it was too risky & canceled the operations. The list of troops below also contains troops under de la Feyra which stayed in Brabant 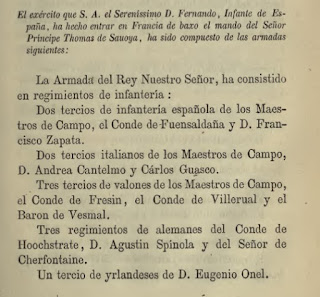 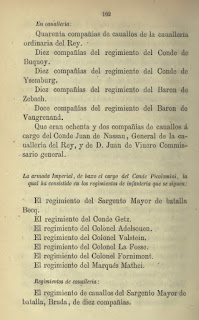 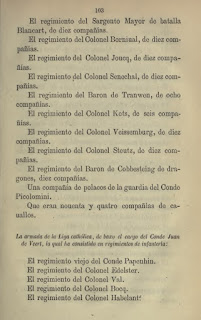 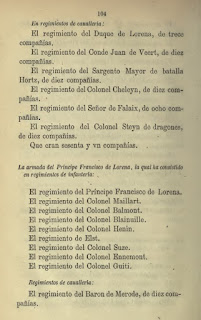 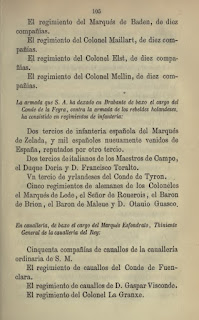