Recent I found an article by Bolotina & Novoselov which includes a list of Swedish colours taken at Lesnaya. I compared them with data about colours from Hoglund’s book. Drawings are made by D. Schorr & used with his kind permission.
I don’t identify 3 units (## 15-17). Their names are given as in original text (see scan in Russian)
(1)    Hoglund writes that “Standards m/1686 were never issued to the regiment. Through Poltava the regiment carried those issued in 1684 (reconstruction) — feuille-morte field with lion, numbers, wreath, monogram and crown in gold, and palm branches in silver”. The regiment lost at least one company colour of m/1684 at Erestfer. Evidently after 1701 it got a new set of colours. By the way, Abo Infantry had red colors.


(2)    Hoglund mentions that “Colors were identical with d'Albedyhl/Schreiterfelt” (unit # 5)
(3)    Hoglund mentions that “Company colors blue with blue fringe. The arms of Uppland, Skaraborg, Södermanland, Närke, Västmanland and Elfsborg”. Skaraborg & Sedermanlands companies lost their colours at Erestfer.
(4)    The previous set was red & was lost at Dorpat in 1704. The new one was blue 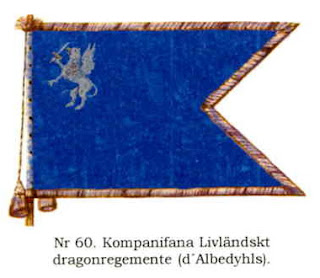 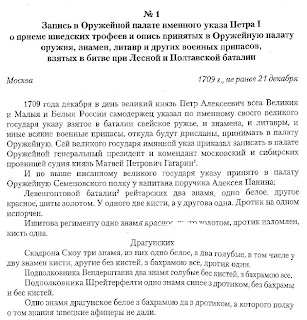 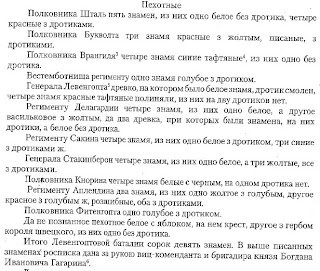